This policy recommendation focuses on the two main features of urban informality: the informal settlements that provide shelter, and the informal sector that  provides  most  employment.  Informal settlements arise for a variety of reasons, including rapid urban growth,  under-  resourced local governments, weak governance, and poor  urban  policies.  While  different  regions have different challenges, overall the outcomes are similar:  spatially  inefficient  cities , high levels of socio-economic inequality, arising from limited access to land, housing, and basic municipal infrastructure and services. Similarly, the informal economic  sector arises from a lack   of employment opportunities in the formal sector, prejudice and social exclusion and a misalignment between workforce skills and opportunities.

Informality is a key contributor to successful emerging  economies  while on the other hand it  drives socio-spatial inequality. Understanding and addressing the dynamics of informality is therefore strategic. This policy paper offers local governments a road map towards new urban partnerships between city governments, private sector and citizens, providing the basis for city - wide solutions to static problems.

Informality is well acknowledged at the global level particularly by  the  post-2015  Global  Agendas, especially the 2030 Agenda, Paris Climate Agreement, and the  New Urban  Agenda. The New Urban Agenda takes cognisance of the role played by the informal settlements and informal livelihoods in cities, basically because the two are interrelated and together encompass vulnerable communities  whose future will determine  whether member states meet their pledge    to “leave no one behind and, indeed, leave no place behind.

However, in the time since these global agendas were adopted, progress has been modest, at best. The Report of the Special Rapporteur on adequate housing-2018, is critical of the fact that the vulnerable continue to be pushed into the informal  settlements  without  secure  tenure  or basic services, with vulnerable conditions exacerbated by climate change-related disasters. The report notes that “these conditions are unsustainable and amount to violations of multiple human rights.”

This position underscores the commitments member states made in the New Urban Agenda through recognition of inclusivity and collective decision making in  urban  governance  as  the entry point towards resilient and sustainable human settlements. The agenda advocates  for human settlements that fulfil their social function, including the social and ecological function of land, are inclusive and ensure equal rights for women.

Even though informal settlements are typically occupied by the poorest segments of the  population, they also house essential service workers such as police,  firefighters,  teachers,  nurses and government workers. Affordability is increasingly an issue not just for the low income but also for the middle class. According to ILO Recommendation 204, the  majority  of  these people are pushed into the informal economy “not by choice but as a consequence of a lack of better opportunities in the formal economy and in the absence of other means of livelihood.” The recommendation calls for the gradual transition of workers and economic units from the informal   to the formal economy, the protection of existing livelihoods, the creation of enterprises and decent jobs in the formal economy, and the prevention of the in- formalization of formal jobs.

The Paris Agreement on climate change also recognizes the need for “a just transition of the workforce and the creation  of decent work  and  quality  jobs” in order to address  the challenges of climate change. The agreement further notes that the actions taken to address climate change must consider human rights particularly those of the “people  in vulnerable  situations and the right to development, as well as gender equality, empowerment of women and intergenerational equity.” Consequently, the most vulnerable must be shielded from adverse effects of climate change.

Finally, the 2030 agenda has addressed the primary causes of socio-spatial and economic inequality through sustainable development goal one which aims to eradicate extreme poverty, ensure appropriate social protection systems, equal rights to economic resources and basic services, ownership and control over land and other forms of property. The goal also aims to  “build the resilience of the poor and those in vulnerable situations and reduce their exposure      and vulnerability to climate-related extreme events and other  economic,  social  and  environmental shocks and disasters.” Other SDGs addressing informality include; SDG eight on decent work and economic growth, SDG 10 on reduced inequality and SDG  11  on  adequate, safe and affordable housing. These goals intend to safeguard and enhance the wellbeing of the vulnerable. 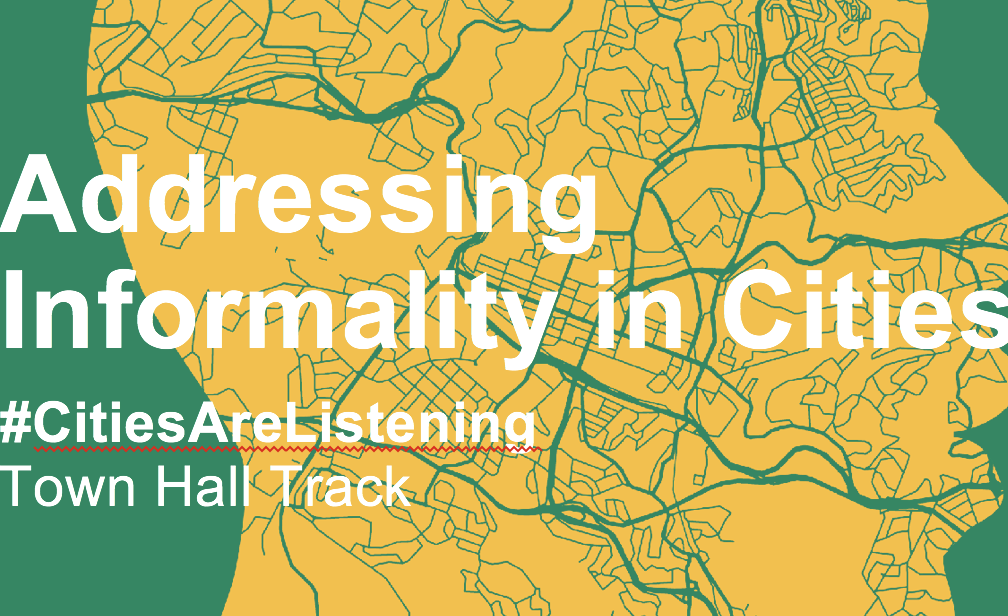