"The 6th triennial United Cities and Local Governments (UCLG) World Congress is an important moment on the global stage. It has evolved into a complete experience that now encompasses various themes, formats and encapsulates the diversity of our century old movement"

“The 6th triennial United Cities and Local Governments (UCLG) World Congress is an important moment on the global stage. It has evolved into a complete experience that now encompasses various themes, formats and encapsulates the diversity of our century old movement”.  These were sentiments expressed by the Deputy Minister of Cooperative Governance and Traditional Affairs (CoGTA), who is also the President of the UCLG, Mr Parks Tau.

This UCLG will bring together local government leadership and representatives from across the world in Durban, South Africa. The decision to host the Congress in South Africa is a confirmation that the importance of our country as a destination of choice for many tourists and a preferred venue to host important international conferences. “I know that South Africans will in the spirit of Ubuntu, open their arms to welcome all delegates to our beautiful country and the city of Durban”, said Deputy Minister Tau.

The road from Bogota in 2016, where Deputy Minister Parks Tau was elected President of UCLG has seen a tremendous progress and strides made across all sectors of the UCLG. The organisation gained more traction with the “Local 4 Action Hub”, the incorporation of the Global Fund for Cities Development into UCLG, facilitation of the restructuring of the UN Habitat leading to the forming of the United Nations Local Government Forum (UN LGF), consolidation of local government unity in numerous political geographical regions and the recent launch of the global report in New York.

Throughout the 5th term, the organization has ensured that local and regional governments don’t face the global challenges by themselves. The 5th term have enhanced and expanded collaborations with sister organizations and even brought new Partners on board, thus ensuring that new partnerships are part of the global compact by cities programme.

The UCLG as a voice and global spokesperson for local and regional governments emphasises the cities and regions as being important spheres of government that are closest to their citizens and where all the sustainable development objectives must be met.

The UCLG Congress provides a space for multi-stakeholder engagement and a space for the dialogue that will enable us to begin fostering the critical transformation of the governance system. It charts the way forward and define the global agenda of cities and regions for the coming years and develop inputs for the upcoming international processes.

The Deputy Minister Parks Tau as the outgoing President will hand over leadership of the UCLG to the new leadership who will continue to build on the good work done by the outgoing leadership.

The 2019 meeting will be the first UCLG Congress to coincide with the implementation phase of global agendas such as the New Urban Agenda (NUA), the 2030 Agenda for Sustainable Development and the Paris Agreement on climate change. The Congress will be the opportunity to present progress in the implementation of the Sustainable Development Goals (SDG) and their impact at local level, at the same time allowing us to evaluate the evolution of the role of local and regional governments in the international agenda.

The Committee on Statutory Affairs held a meeting in Barcelona on 31 October 2019, to look at amongst others, the preparations for congress. The committee indicated that it is all systems go to a successful UCLG Congress. The meeting noted that eligible candidates are confirmed, and all necessary arrangements have been put in place to ensure for a smooth voting system at the 6th UCLG Congress.

“I look forward to a successful UCLG Congress in the eThekwini Metropolitan Municipality, in the province of Kwazulu-Natal, South Africa”, said Deputy Minister Tau.

The congress will unfold as follows:

The Summit will be officially opened on Wednesday , 13 November 2019 – Friday, 15 November 2019 as the main political days of the Congress. 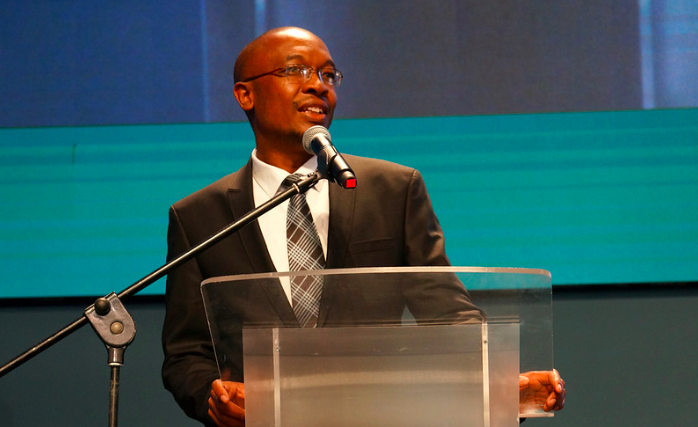